In the beforetimes, there was National Novel Writing Month.  A spectacular explosion of writing and creativity, it brought author to keyboard like nothing since the creation of the typewriter.   When I first participated it was an interesting experiment to see if I could manage to write a full fifty thousand words in a single month.  By some miracle I managed to do it!  It was awesome!  I felt invincible and was keen to keep using their mighty handy tools and graphs to continue on into December.

But then they disappeared: Gone until next November (or the camp event that’s in the summer but we all know that it isn’t as good.) This, I thought, shall not stand, for I have a need for those motivational tools.  Thus was born the inspiration for WordKeeperAlpha.  Now, just a couple short years after my first NaNoWriMo, its a thing that I created that people actually use.  This is enough to blow my feeble mind.

Now, I would never want people to not participate in NaNoWriMo on their website.  That’s where the magic really happens.  You get together with your fellow authors and keep pushing the words out until you hit your goal.  But, if you use WordKeeperAlpha too, and want to keep track of the words you write in November, here’s a quick and handy guide to getting your project set up.

First, if you don’t have one, sign up for an account on WordKeeperAlpha.com.  Go on, I’ll wait until you’re up and running.  … … Good?  Eh, they’ll catch up.

Next, go to your Goals and Projects page, and click the “Add a project button.” Refer to the image below to add in the information then click “Create”. 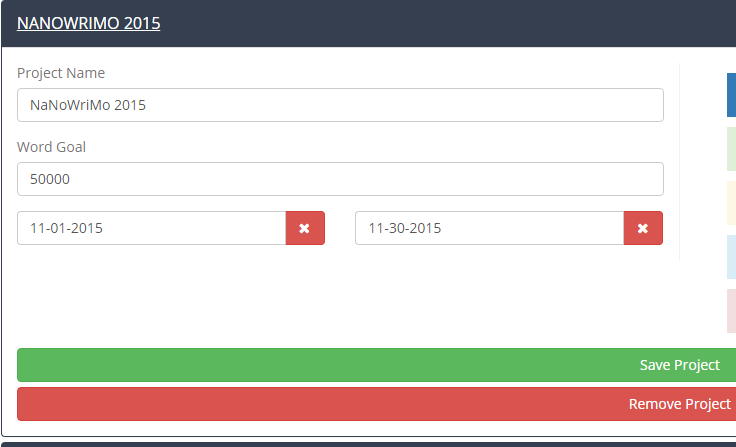 Bam! You’re already ready to go!  But wait, you probably want one of those nifty graphs like you see on NaNoWriMo.org.  For that, you’ll need a goal, in fact, you’ll probably want two goals.  First, we’re going to create a repeating monthly goal, which is what will create that nifty graph.  Before we do that though, you’ll have to remove any other repeating monthly goals that you might have, or just edit one.

Use the information below. 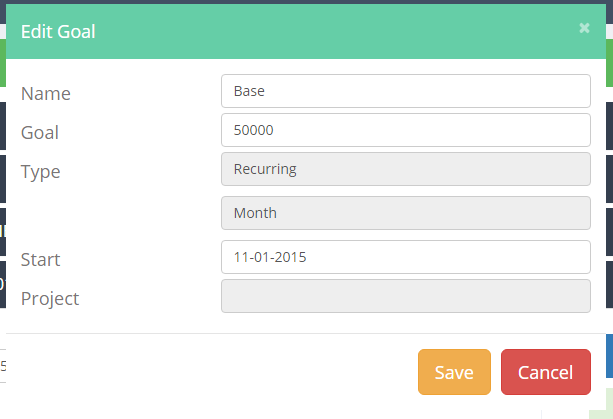 Make sure you keep the project field blank.  Due to a problem with the way I originally made the code you can’t have a project selected for that graph, but its something that will be fixed in time for next year’s NaNoWriMo.  This means that all the words you log in November will be displayed on the graph…which is a short coming, I know…but if you’ve got time to write more than one thing in November you really have my respect.

Next, you’ll probably want a repeating daily graph.  Use the information below to create it. 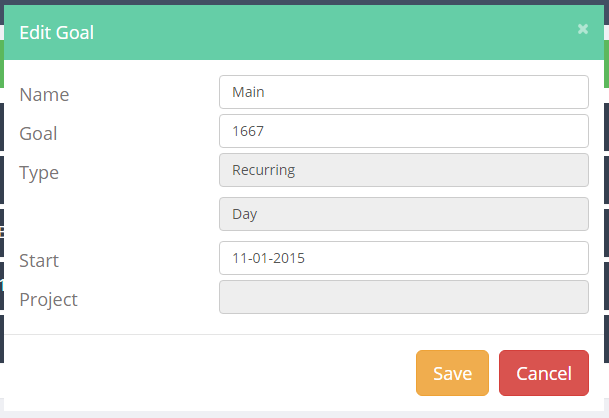 There! You’re done and ready to go for National Novel Writing Month!

Some people have asked me if there’s any way to support WordKeeperAlpha, (yes, they really have) and one of the best ways is to spread the word.  The more users I have the better I feel about myself as a human being.  It’s a sweet balm to my black soul.  But, there’s no financial way to do that yet for reasons.  While I will have something soon, this month, if you’d like to do something for WordKeeperAlpha, instead think about going over to NaNoWriMo.org and making a donation.  Without them, this crazy project never would have happened.

In future years, once I’ve gotten better organized, I plan on doing an actual campaign for them, so for now I’ll just send people to donate to them directly.  The good people at NaNoWriMo.org depend on the donations of all the authors they encourage every year.  So if you’ve got five dollars to spare, go and drop it in their tip bucket, or give them a shout out on Twitter or Facebook.  We want to keep them doing what they’re doing and supporting developing authors into the far future.

Ok, that’s enough chatter from me.  I’m six hundred words into my day’s word count and I have much more left to do.  Later, Keepers.

The Ides of March – WordKeeperAlpha update

I’ve been quiet lately … too quiet