When you’re graduating from reading young adult novels into more meatier fair, Michael Crichton is pretty much the perfect author to cut your teeth on. At least, he was back in the 90’s before the young adult genre exploded all over every dystopian future that ever existed. He was one of the first authors I read that didn’t write what amounted to Christian fan-fiction. No, Michael Crighton wrote about cloned dinosaurs, and alien artifacts under the ocean, and SO MUCH DEATH! 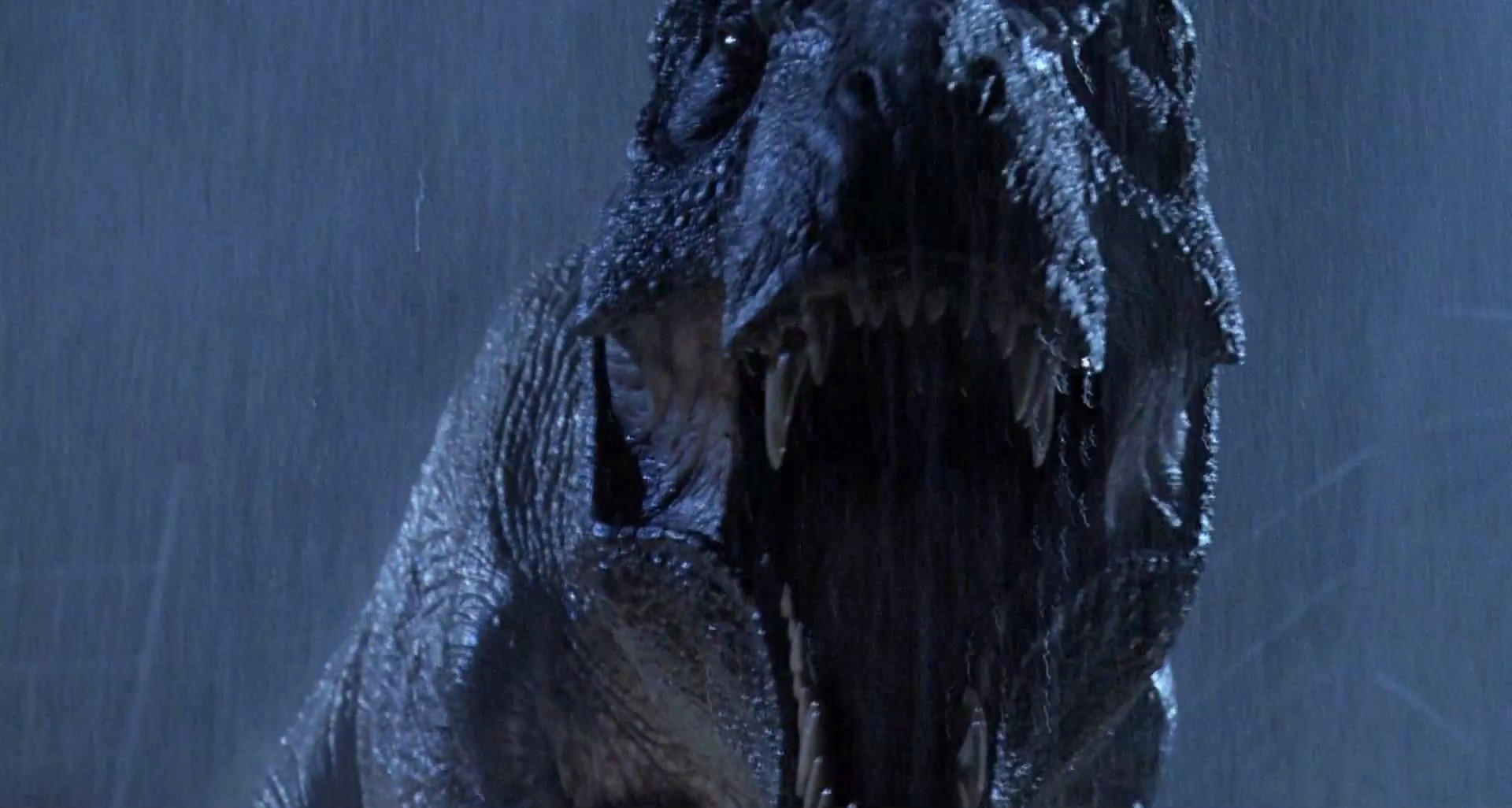 Do you have a moment to talk about Jesus Christ?

Rereading of one of my old favorite authors may seem like it might be connected to a recent Hollywood smash hit…but its not.  It’s simple ADHD in my Audible purchases last month.  They must have just re-released a bunch of the old audio books, because all of a sudden my recommended queue was full of Michael Crichton best sellers.  And one caught my eye.  Not the one with hungry dinosaurs, but rather the one with so many people dying from an alien virus: The Andromeda Strain.  I remember reading it when I was a kid, shortly after watching Outbreak and just gobbling it up.  To this day, my favorite kind of disaster / thriller is of the disease running rampant variety.

Just so’s you know, this is kind of a review of the audio book as well.  I actually do a lot of my reading via audio book, because it means I can code and read at the same time.  Also, I commute so basically I’m consuming stories all the time.  So, audio books, valid reading in my opinion.  If you don’t think so you can go to someone else’s blog and complain.

Anyway.  The Andromeda Strain was one of Crichton’s earlier novels, published in 1969 aaaaannnnnd it kind of shows. Crichton never wanted to be associated with the Science Fiction crowd, even though he was writing science fiction, if not straight up fantasy, but he wanted to be considered main stream and not genre.  Still, the science fiction vibe is strong with this.  Now, since the novel is fracking 46 years old, spoiler warnings don’t apply.  Really.  There’s a statute of limitations on these things.

For those who aren’t familiar, and have read my previous notice, The Andromeda Strain is about a team of doctors assigned to study an alien microbe that attached itself to a crashed satellite and killed at town out in Arizona.  Mistakes are made, the virus mutates, a couple more people die and it all comes down to the line at the end with our heroes almost destroyed by a nuclear detonation that would have kicked off World War 3 AND caused infinite propagation of the virus.  Crichton has all sorts of elements in play here, talking at length about, what was, at the time, cutting edge technology, cold war paranoia, kinda-maybe valid science circa the 1970’s, and lots … and LOTS of description.

The big question is, did I enjoy the book? Yeah. It’s still a decent read.  But did I enjoy it as much as when I was a kid? Not really.  Having learned a lot more about writing and the construction of a good story, I’m finding its easier to pick things apart, and find ways to improve upon them.  For instance, The Andromeda Strain has a really, freaking slow start.  Crichton devotes a ton of time to explaining the Wildfire Initiative (the organization put together just in case an alien microbe ever started killin’ folks).  He talks about the history, the people involved, the facility they had built, and on and on before we even get our group of heroic doctors together.

The narrative skips between all of the doctors, who each kind of screw up equally in causing the near disaster, which is what drives most of the story.  And this is a great thing! It’s the good part.  But we don’t even interact with them until we’re several chapters in.  This is a book that really should have started, mid-crisis, as a tired and confused Dr. Mark Hall is dragged out to the Wildfire facility with little explanation, and then caught up on the shit that’s going down as they go through the quarantine levels.  They spend a lot of time talking about the quarantine levels of the Wildfire Facility… and very little story happens.  Its just kind of there for its own sake, because none of the things they go through impact the story in any real way.  The only thing that actually matters is the nuclear fail-safe, that only Mark has the key to for science reasons that they also explain in detail but aren’t really important. 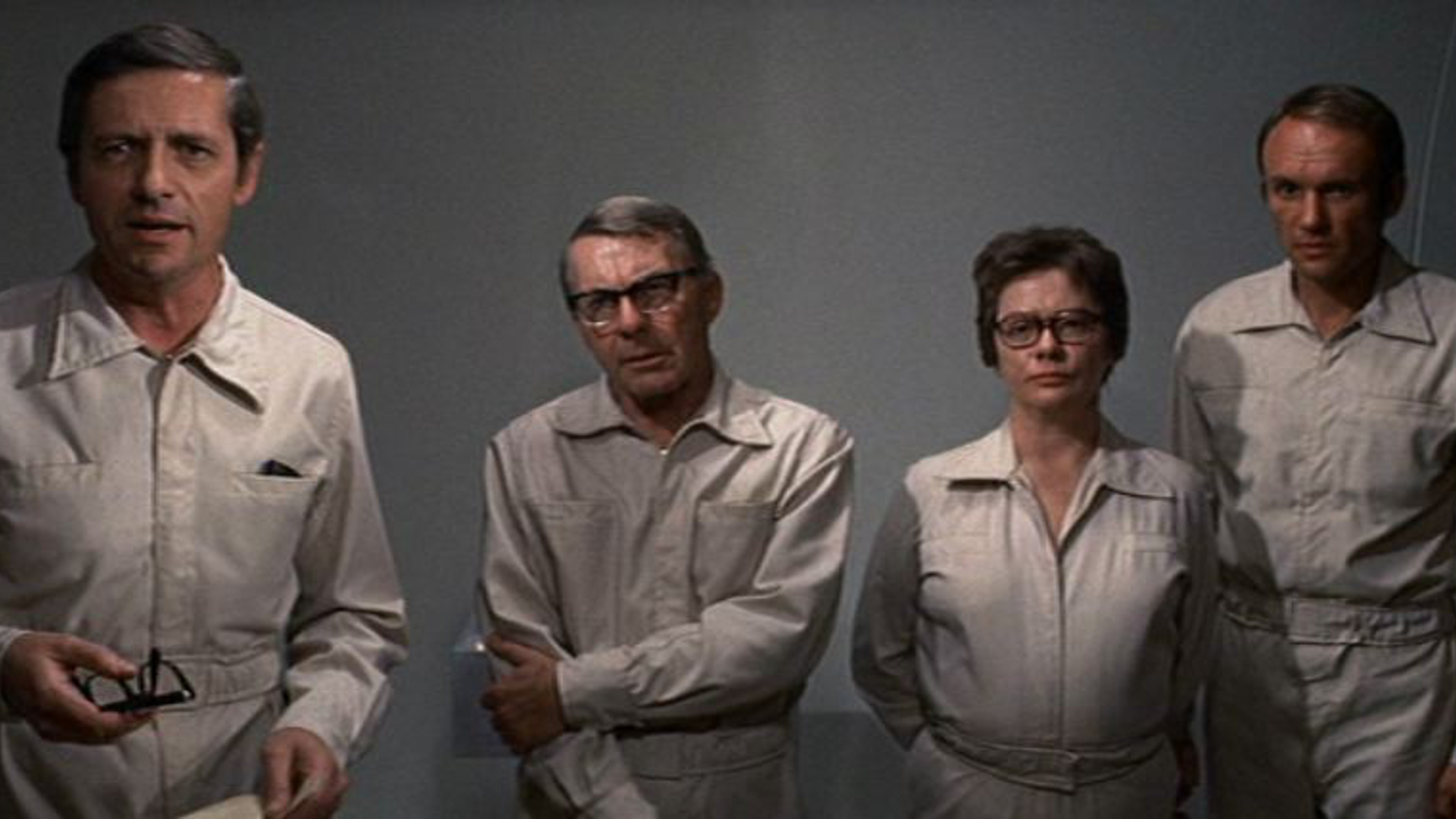 Three of these people made a terrible mistake.

But, in the end, it’s the nuclear fail-safe that might prove to be every bodies undoing, since they discover the virus would mutate uncontrollably and probably destroy all life on earth, if exposed to the energy of a nuclear detonation.  So, of course, the virus escapes containment, triggers the auto-destruct, and they have to abort the detonation sequence, which only Dr. Mark Hall can do.  Only, he can’t, because the government contractors who built the facility forgot to put the required number of safety stations into the place. Thriller!

No, it really is kind of tense there at the end…but not really because of the virus.  It mutates into a form that is deadly to polymers (a new technology!) but not to organic life.  So, its able to escape, but since it isn’t a threat anymore, its a non-issue once the bomb is defused.  In my mind, this is the weakest part of the book, since it literally means that, if no one had done anything at all, the threat would have passed and no one would have known.  The protagonists have literally nothing to do with solving the main conflict in the book.  The threat just goes away.

While The Andromeda Strain does take a while to get going, and has kind of a disappointing ending, it is still a pretty good read.  Although there are a few things kind of common to a Michael Crichton story; chiefly, the “person who does something sciency that everyone around them should realize is the dumbest thing ever”.  In Jurassic Park, it’s the idiot who kept breeding raptors, even after they discovered how magnificently deadly they were to have at a theme park, like hiring a guy to be Mickey Mouse even after you learn he’s a cannibal.  In The Andromeda Strain, it’s a general in charge of coming up with new biologic agents to use as bio-weapons, but darn it, they run into a wall and can’t create anything deadly enough from what’s on earth.  He read a paper that said there were probably super dangerous organisms in space, just waiting to be brought to earth that no one would have any resistance to and extremely hard, if not impossible, to cure.  So, this moron comes up with an idea to send satellites into space with the sole purpose of bringing back one of these super bugs, and NO ONE FIRES HIM ON THE SPOT! Or even protests.  His success condition is exactly the problem in the book…that still magically solves itself.  In the epilogue, no one mentions this guy getting fired into space himself…he apparently suffers no consequences.  Also, none of the main characters wonder just how someone that stupid could put on his own clothes in the morning, let alone be put in charge of a multi-billion dollar defense initiative.  Probably because Russia was just that scary?

Still, for all its faults, The Andromeda Strain is a decent read.  This is pretty much establishing Crichton’s great pattern of “kinda-science, isolation, people dying” but you’ll be able to tell its pretty dated.  I, for one, am happy that we don’t have automated doctor drones as standard in every doctor’s office, as was predicted. Now, every one go wash your hands.  And for Crichton’s sake, don’t use antibacterial soap.  We’ve got enough trouble with space rabies without all you people making super-bacteria here on earth! Put that anti-bacterial gel down! I’m watching you.

The wonderful worlds of Seanan McGuire