I don’t have anything against New Year’s resolutions. I really don’t. The only one I can remember making last year was to write more than I did the year before. In that I succeeded. I had other goals: such as finishing Impervious and getting more done on WordKeeperAlpha. Well, I didn’t finish Impervious. I didn’t even finish the second draft, which is a little disappointing. WordKeeperAlpha, however saw a lot of success in 2015 as I added some new features, tightened up existing functionality and in general made it marginally better.

This year, like last, I’m not going to make a lot of resolutions. I’m going to resolve to write more than I did last year, and that’s about it. That means I need to write more than 130,000 words.  All said and done, that shouldn’t be too difficult. I did that this year and that was with buying a house.  Granted, 50,000 of those words happened in November, but I’ll take any win I can get.

What I’d really like to do, is focus much more of my energy on completing the second draft of Impervious, then finishing the third draft and so on.  I’m going to do my best to stay focused on that goal, and get the second draft done as early on in the year as possible. I just finished plotting it out through the end of the book, and I’m getting close to the point where I won’t have to completely rewrite quite so much of the content.  I’ve got a few plot snags to tighten up, but otherwise I feel really comfortable with wear its going.

Don’t worry, anyone who’s reading this for the WordKeeperAlpha update. I also plan on putting a lot of effort into that. I’m going to have an update sometime in the next two months that will add some much requested features (which I’ll explain in another blog post) and hopefully give a visual refresh to several pages.   I gotten a lot of work done on WordKeeperAlpha already this year.

I’ll also try to keep my blog updated with relevant information, and maybe I’ll even get around to writing a few more interesting posts. *sigh* I need to keep my social media more updated anyway. I’ve been letting Twitter and Facebook slide lately. Part of that is because Facebook is just lousy with politics and if I see exactly one more person come out in support of Trump or Cruz I’m going to get a little stabby. 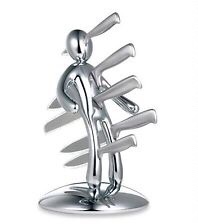 Anyway. Here’s to writing, coding and staying sane this year amidst the storm of politics that is going to descend on the land.

Oh…and any of my friends abroad…you guys got a place to crash? No reason…just … Ugh… Trump. *shiver*